Peaceful and safe villages, international ski resorts and the cleanest air in the world – Fell Lapland offers the conditions for a good life.

From Pallas to Kilpisjärvi – For the entire Fell Lapland

Fell Lapland Development is a voluntary cooperation body for the municipalities of Enontekiö and Muonio. When the setting for life is the largest fells in Finland and the rhythm is provided by the ever-changing seasons, limitless possibilities are just waiting to be realized. Our central mission is to advance the development of the Fell Lapland region in a variety of ways, from finding new investments to improving marketing and services.

What is Fell Lapland?

The land of the fells

Fell Lapland is a sub-region formed by four municipalities – Muonio, Enontekiö, Kittilä and Kolari – located in the Western Lapland. As the name suggests, it is a unique cluster of fells, which include Pallas, Olos, Ylläs and Levi. In addition to the popular ski resorts, Fell Lapland has plenty more to offer; the indigenous Sámi culture, eight distinct seasons and the cleanest air in the world give the region its special character. More than 700 000 tourists stay in the area every year.

Four seasons did not suffice for Laplanders and the Sami people in the olden days. Instead, they structured time into eight periods: autumn-winter; winter; spring-winter; spring; spring-summer; summer; summer-autumn and autumn. The four main seasons were supplemented in this way by four “half-seasons”.  The warm, moonlit nights of August belong to summer; however, August comes with a hint of autumn’s crispness and its piercing, melancholic light. It only takes a couple of cold, frosty nights, and the autumn-summer turns into autumn. When leaves begin to fall and lakes become covered with fog and ice at night, autumn has arrived in full force, though it is not quite yet autumn-winter.

There were valid reasons for dividing time into eight distinctive seasons. By predicting weather and carrying out seasonal tasks according to the weather signs, the northern way of life gave birth to the northern state of mind: a mentality which imitates nature. Nature is in a constant state of change, simultaneously in the present season while on the way to the next. This is also true of humans: we are constantly in a state of flux; always moving on and preparing for tomorrow.

The structures and institutions of society may change, but mentalities, moulded by nature, remain practically unchanged through generations. In this way, the eight seasons have also remained. In a number of ways, they still influence the things we do, what we feel and how we think, all the time.

Explore the municipalities of Fell Lapland 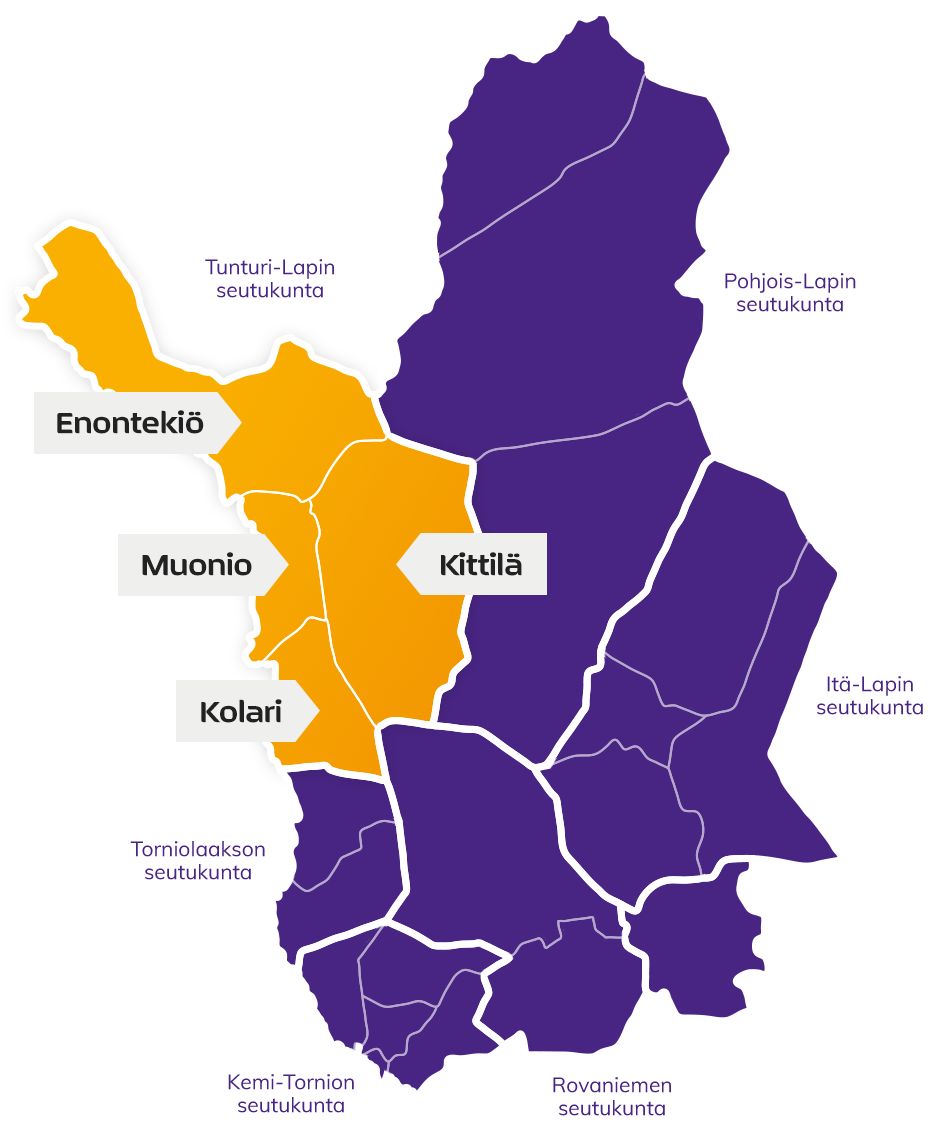